We have now thoroughly finished the summer races, dusted off our hi-vis and are getting prepared to get extremely muddy in cross country races. So I thought it a good time to catch up on events and look ahead.

In September we had another successful park run takeover at Bedworth organised by Céline and the Toucan run celebrated its one year anniversary and had a takeover of its own. These great events bringing together the three parts of the club and having a benefit on the community.

Well done to all our autumn marathoners/half marathoners. We unfortunately had the disappointment of the cancellation of the Leicester Marathon/half marathon due to flooding of the course but it was great to see so many members either taking on their own virtual versions or travelling to other events. Well done to Charlotte May Sinclair and Vince Iliffe who achieved new PB’s at the Lisbon and York marathons respectively. Penny Masser had another great marathon success at the Chester event and new member Matt Aitken completed his first marathon in York in a superb 3 hours 35 minutes. Also congratulations to the many members who took part in both the Great North, Great South runs and numerous trail marathons and ultras all over the country. 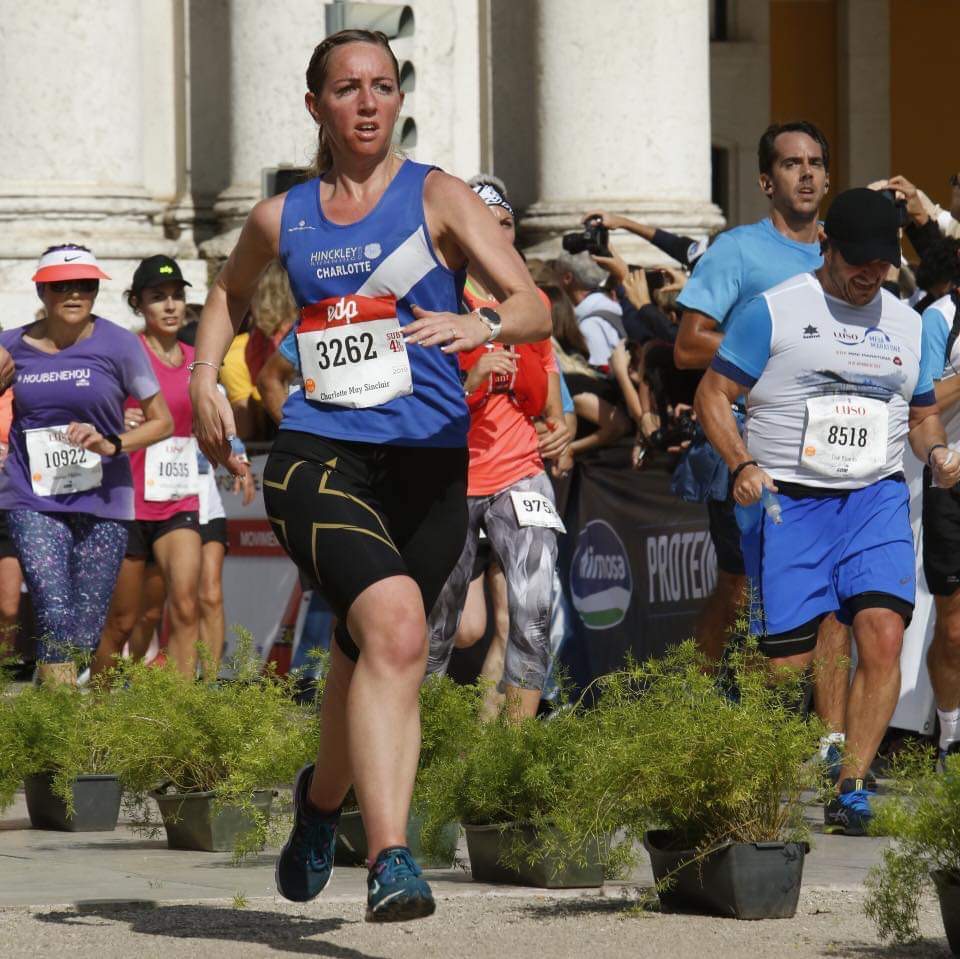 Charlotte powering along to a new PB in Lisbon

Another great year for HRC in the Leicestershire Road Running League. We had some excellent performances throughout the year and a large number of new members pulling on the vest and racing. The guys were great with Chris Langham achieving third place male in the V50 category for the summer league. This following on from Richard Whitelegg’s third place in the spring league for the V45 category caps off a great success. The stars of the show were the ladies though. A third place in division 1 and the Vet ladies champions of division 3. Penny Masser had a fantastic 2nd place in V50 category for the summer league. Congratulations to those mentioned and to all who took part this year. Next year has the potential for even more successes and my fellow captains and I look forward to seeing how our members progress and encouraging even more of you to take part. 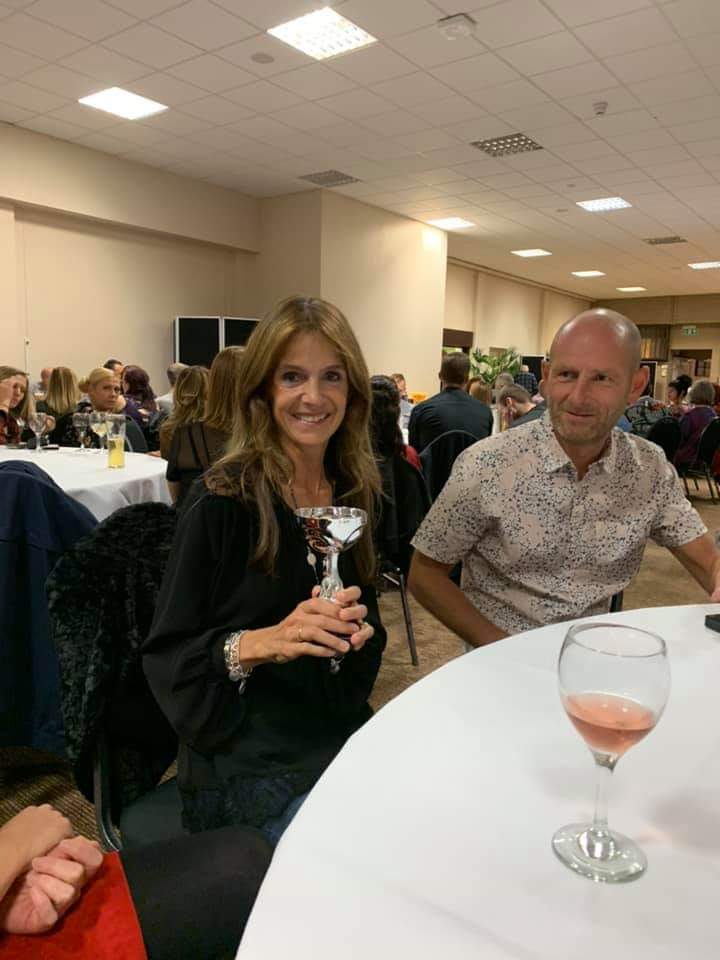 Penny and Chris at the LRRL awards presentation evening. (Note the rare sight of seeing Penny out of running attire!)

A summary of all the years results can  be found on the website
https://hinckleyrunningclub.com/races/lrrl-2019/

The clubs AGM will take place Tuesday 12th November at the Plough Inn, Leicester Road, Hinckley at  8:15 pm. All members are welcome to come along. A number of positions on the committee are up for grabs and I highly recommend getting involved if you can dedicate the time. Two members of the current committee have confirmed they are stepping down and I take this opportunity to thank both the Chairman Andy Lauder and my fellow Captain Greg Pollard. Both are humble, popular members of the club who have been brilliant in their roles.

Another successful season completed with graduations of both beginners and intermediate groups. The All Sorts continue to be a huge success with many progressing through to big club. The beginners graduated at the Leicester 5k series on 29th August. Well done to all the new graduates. All new groups started on 2nd October. Hinckley All Sorts meet at Hinckley Leisure Centre with Beginners at 6:30 pm and Intermediates at 7:30 pm. 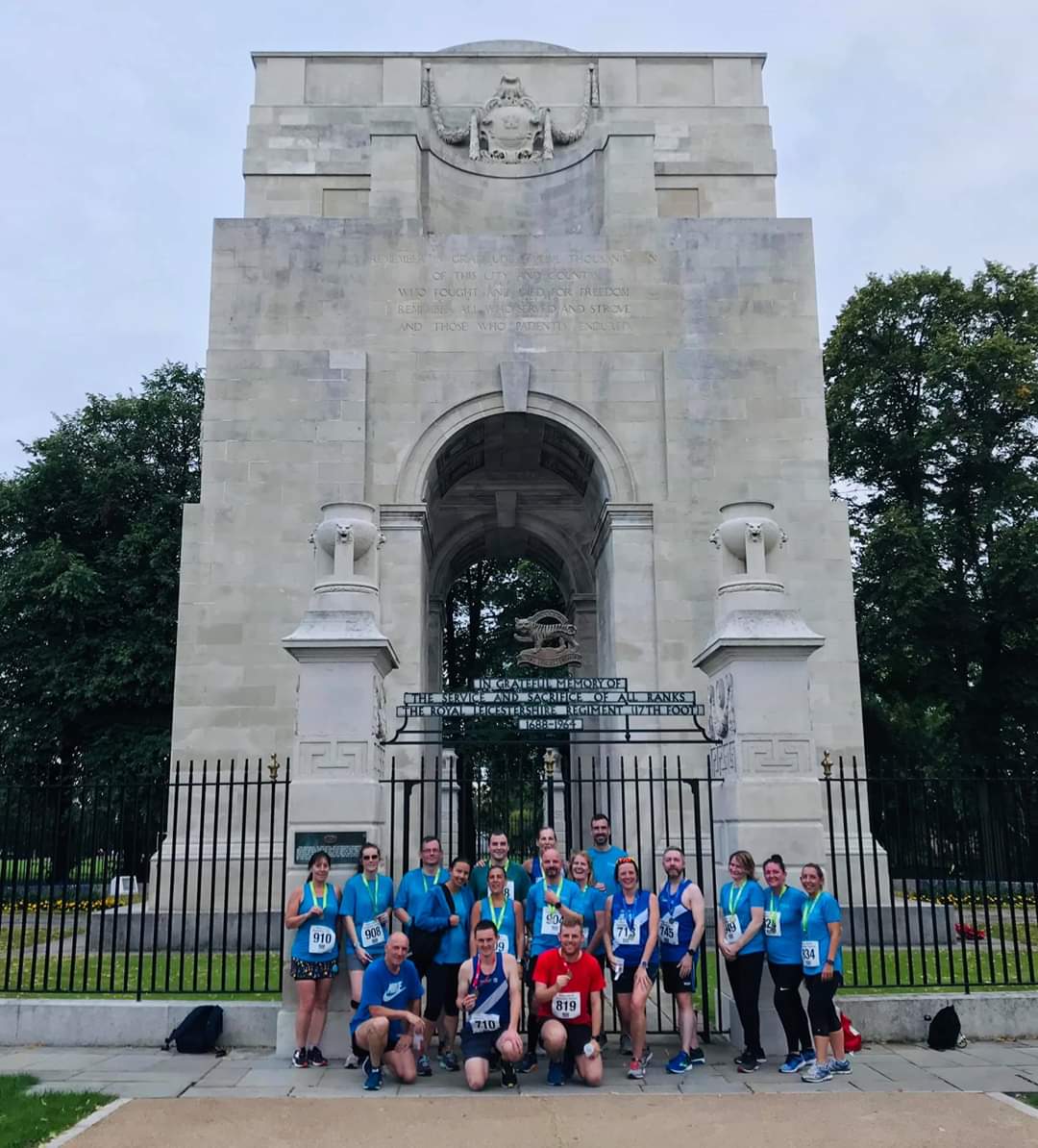 Positive mental health is hugely important for all of us and the club is taking a proactive role to try and make a difference. Running can have a hugely beneficial effect on our mental health. How much better do we all feel after a run to clear your head or chatting with a friend about a bad day as you run? The club believe that it is important to provide support to our members in this regard. On Tuesdays and Thursdays we have mental wellness champions identified by their yellow wristbands so should you wish to speak openly and in confidence please feel free to approach them.