Within the club, we have run an accurately measured 5k route usually once or twice a year (though none since 2019). Results can be viewed below.

At various times we have done other time trials on training nights and the results are below.

The June 2019 time trial was on the running track Pingles Stadium, Nuneaton.

In previous years a standard route at Logix Park  has been used. 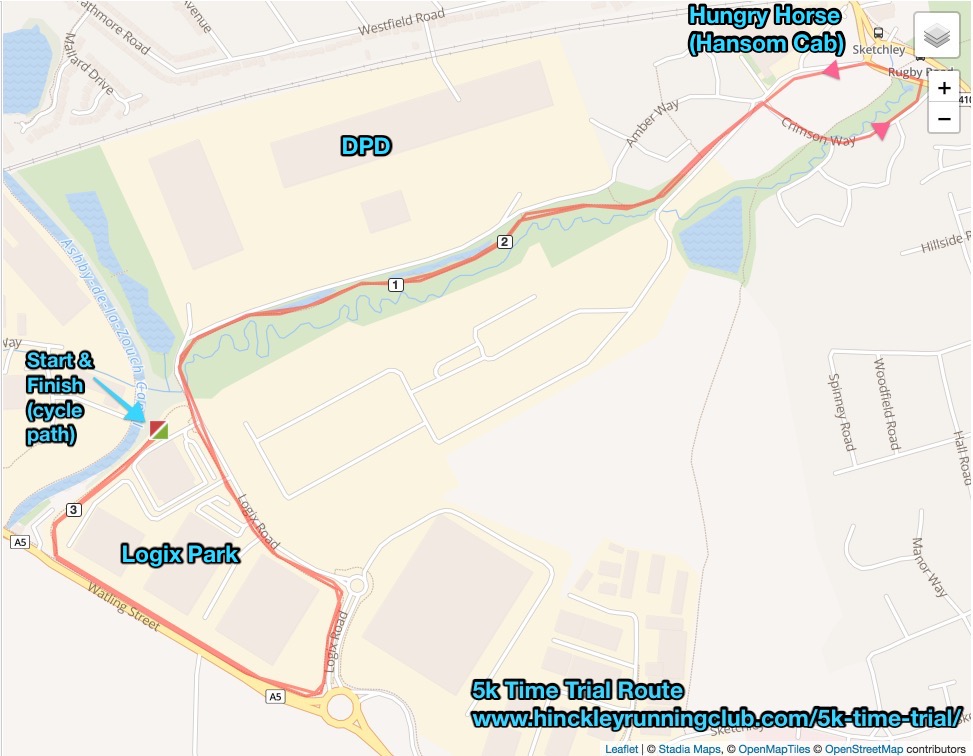 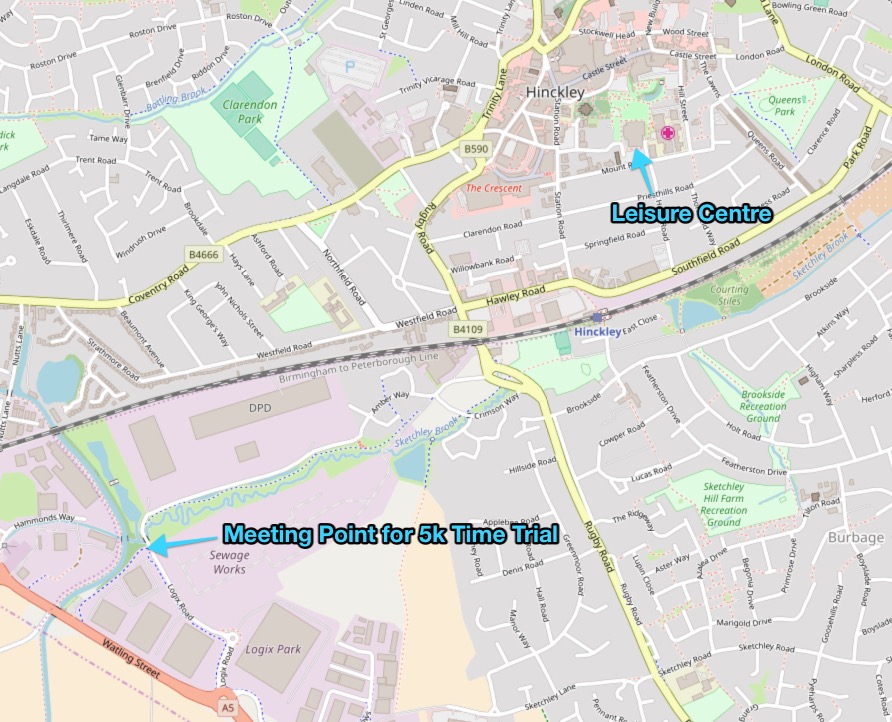