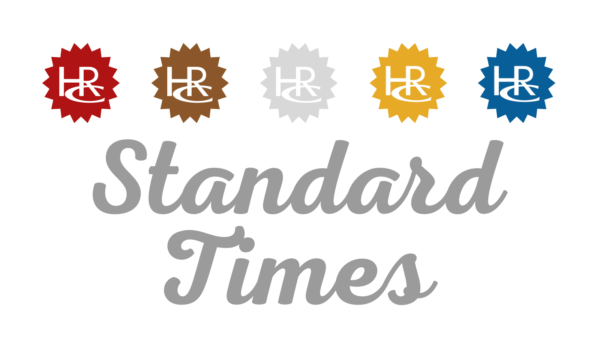 View the target times:
Standard Times (PDF)
Your age on 1st January gives your standard times for the whole year.

These are the courses that were used for time trials in the 2020 year. Rules for 2021 will be announced soon.

What is the Standard Times Awards Scheme?

The standards times scheme gives club members an extra incentive to take part in races and to improve their running, for which they will awarded a certificate appropriate to the standard achieved at the end of the year. The scheme runs from 1st January to 31st December each year and the certificates are given out at the club awards night.

How does it work?

There are time standards for each age group. There are many race distances for you to work at, ranging from 5k to marathon, with 10 levels of award: Merit, Merit+, Bronze, Bronze+, Silver, Silver+, Gold, Gold+, Diamond and Diamond+.

To be awarded a certificate you must achieve the required times for at least five different distances.

To gain a distinction you need nine distances including 10 miles, half marathon, 20 miles and marathon, plus any five other distances.

All times must be achieved at recognised road races and track events with accurately measured courses – no fun runs, cross country, trail or other off-road events. See “Which races are eligible?” below for guidance.

There is a different table of target times for every age and sex. Your age for standard times purposes is your age on January 1st of the year.

Runners between age 14 and 17 can apply for senior standard time awards in line with the permissible race distances described in the UKA Rules for Competition as follows:

Runners aged under 18 on 1st January may optionally use their age on 31st December for standard times purposes. (Opting for 31st December would mean a more difficult set of times, but may allow a wider range of distances to be included)

Distinction certificates are only issued from age 18.

Which races are eligible?

The golden rule is you must run your time at a race with an accurate course. All accredited road races with a certificate of course accuracy are accepted, plus those events which have been measured by the club (see below).

How to check if a race is certified: You can check if a road race has a “certificate of course accuracy” by searching the Association of UK Course Measurers website here: Search for Certified Races

Power of 10 Listings: The Power Of 10 is a website run by UK Athletics which shows your results from all official UKA-licensed events. All races shown on your profile can be assumed to be officially measured as long as there are no letters after the distance. For example 5M is a certified 5 mile, but 5MNAD, 5MMT or 5MXC is not.

ARC licensed events: ARC (Association of Running Clubs) is an alternative licensing body that some race organisers use in preference to UKA/EA. These races are also eligible for Standard Times but don’t appear on Power of 10. Examples of ARC-licensed events are Desford 5, West End 8 and Calke Abbey 10k. There is a list of all races with ARC permits.

LRRL: All LRRL road races are certified accurate so you don’t have to check these yourself.

Parkrun: Parkruns are not generally run on certified courses and so by default are not accepted. However, the following parkruns have been measured by the club and are accepted for the 5k distance: Bedworth, Braunstone, Leicester Victoria, Coventry, Kingsbury Water Park, Conkers. Additionally parkruns on this list may be used.

Other races: Despite not fully meeting the above criteria (for example measurement certificates not renewed every year) we will accept the following local races: Shepshed 7, Watermead 5, Fradley 10k

An application process for each year’s awards will be posted to the club website towards the end of the year. 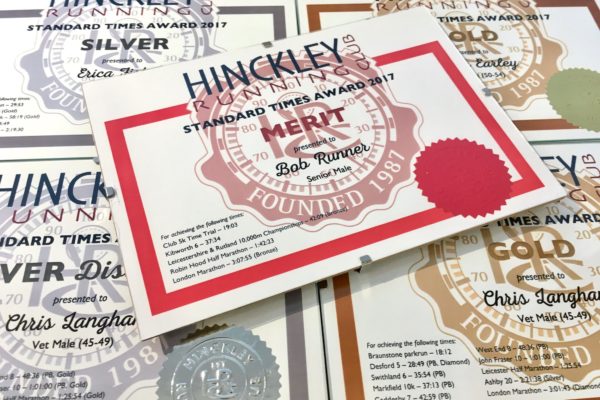